Directions
Peel the apples & slice them into thin pieces. Sauté them in a large skillet (you can add a 1/2 T butter, if desired), along with cinnamon and brown sugar until slightly tender and caramelized.

I used the Frozen Greek Yogurt from Ben & Jerry's with this recipe. Very high in sugar, so moderation is key :)


Remove from the heat and then chill until ready to use. You don’t want to add hot apples to ice cream… that doesn’t work out so well! 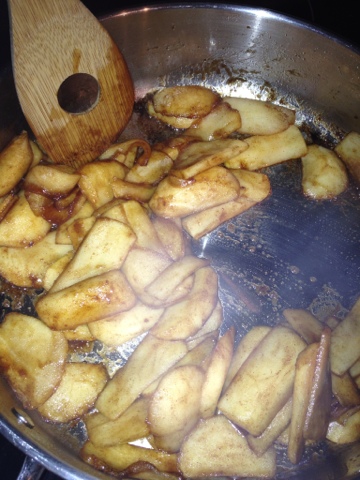 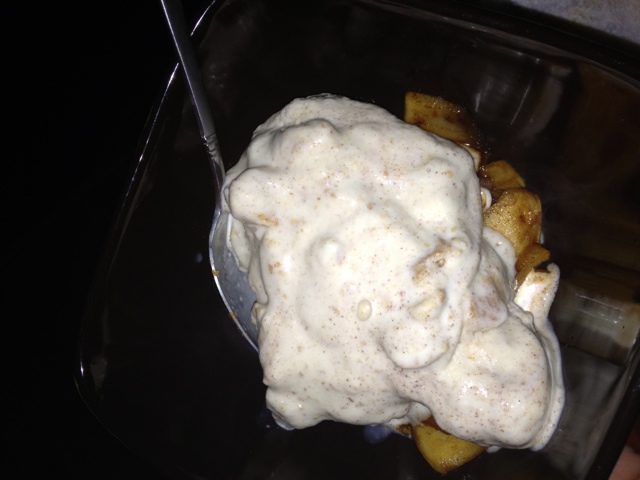