Why is it so important to add color to your everyday diet?

I love getting home and cooking up my veggies, I add in so much color rich foods! Not only do they taste amazing, but they are good for you too!
Did you know.....

Phytochemical-Filled Produce- So what does color have to do with diet anyway? One word: phytochemicals. These substances occur naturally only in plants and may provide health benefits beyond those that essential nutrients provide. Color, such as what makes a blueberry so blue, can indicate some of these substances, which are thought to work synergistically with vitamins, minerals, and fiber (all present in fruits and vegetables) in whole foods to promote good health and lower disease risk.  According to information from the Produce for Better Health Foundation (PBH), phytochemicals may act as antioxidants, protect and regenerate essential nutrients, and/or work to deactivate cancer-causing substances. And while research has not yet determined exactly how these substances work together or which combination offers specific benefits, including a rainbow of colored foods in a diet plan ensures a variety of those nutrients and phytochemicals.
“Plant products are sources for phytochemicals of which there are thousands that have been identified,” explains Kasik-Miller. “These chemicals are known to have disease-preventing properties, but the color of a food does not necessarily mean it contains one particular phytochemical class. Foods contain multiple phytochemicals, as well as vitamins and minerals, and it is not known how many other phytochemicals await to be identified and what functions they have with health.” 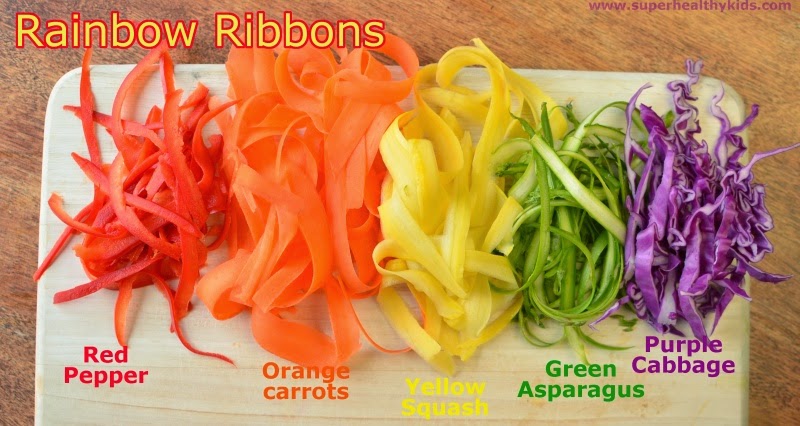 In What Color Is Your Diet? David Heber, MD, PhD, and Bowerman attempted to group foods according to their predominant phytochemical group, coding plant foods into seven color categories: red, red/purple, orange, orange/yellow, yellow/green, green, and white/green. While research regarding color’s effect on health is ongoing and often opaque, the following is a summary of produce’s relationship with the rainbow.

Behind the color: The blue/purple hues in foods are due primarily to their anthocyanin content. Guide clients toward darker selections, as the darker the blue hue, the higher the phytochemical concentration. “In our book, we called these foods red/purple because many of the foods that are rich in anthocyanins also have a red or pink hue,” says Bowerman. Anthocyanins are antioxidants that Bowerman says are particularly heart healthy and may help support healthy blood pressure.

Gloria Tsang, RD, editor-in-chief of HealthCastle.com, says, “The anthocyanins that give these fruits their distinctive colors may help ward off heart disease by preventing clot formation. They may also help lower risk of cancer.”

And the color’s richness is actually one sign that the food is ripe and ready to eat, notes Kasik-Miller, adding that blueberries are considered to have the highest antioxidant activity of all foods.

Behind the color: The natural plant pigment chlorophyll colors green fruits and vegetables. “In our system, the green foods represented those foods rich in isothiocyanates, which induce enzymes in the liver that assist the body in removing potentially carcinogenic compounds,” says Bowerman. According to information from the PBH, cruciferous veggies such as broccoli and cabbage contain the phytochemicals indoles and isothiocyanates, which may have anticancer properties.

“Green vegetables are excellent sources of vitamin K, folic acid, potassium, as well as carotenoids and omega-3 fatty acids,” adds Kasik-Miller. “Folic acid is needed to prevent neural tube defects during pregnancy, and vitamin K is essential in blood clot formation. Diets high in potassium are associated with lowering blood pressure, and there is an inverse relationship between cruciferous vegetables and cancer, especially colon and bladder cancers.”

“In addition, sulforaphane, a phytochemical present in cruciferous vegetables, was found to detoxify cancer-causing chemicals before they do damage to the body,” says Tsang.

Behind the color: A variation of the green color category, these foods exhibit a richness in lutein, says Bowerman. “Lutein is particularly beneficial for eye health,” she says. “There are lutein receptors in the macula of the eye, and lutein helps protect against age-related macular degeneration.” For a somewhat surprising source, have clients check out pistachio nuts—there is lutein in the green skin around the nut.

Another reason to grab some yellow/green kiwifruit at the grocery store, says Kasik-Miller, is its high amount of vitamin C.

Behind the color: Lycopene is the predominant pigment in reddish fruits and veggies, according to Bowerman. A carotenoid, lycopene is a powerful antioxidant that has been associated with a reduced risk of some cancers, especially prostate cancer, and protection against heart attacks. Look for tomato-based products for the most concentrated source of this phytochemical.

And although some nutrients, such as vitamin C, are diminished with the introduction of heat, Hoy says, “The benefits of eating produce are not dependent on eating raw foods. In fact, cooking enhances the activity of some phytochemicals, such as lycopene. Obtaining optimal benefit from the nutrients in food, especially produce, depends on proper selection, storage, and cooking of the produce.”

Cooked tomato sauces are associated with greater health benefits compared with the uncooked version because the heating process allows all carotenoids, including lycopene, to be more easily absorbed by the body, according to information from the PBH.

“In addition to vitamin C and folate, red fruits and vegetables are also sources of flavonoids, which reduce inflammation and have antioxidant properties. Cranberries, another red fruit [whose color is due to anthocyanins, not lycopene], are also a good source of tannins, which prevent bacteria from attaching to cells,” says Kasik-Miller of more reasons to relish red.

Behind the color: “We had an orange/yellow group representing beta-cryptoxanthin and vitamin C,” says Bowerman. “Our orange group foods are also rich in beta-carotene, which are particularly good antioxidants.”

Beta-cryptoxanthin, beta-carotene, and alpha-carotene are all orange-friendly carotenoids and can be converted in the body to vitamin A, a nutrient integral for vision and immune function, as well as skin and bone health, according to information from the PBH.

“These foods are commonly considered the eyesight foods because they contain vitamin A. Beta-carotene, which can be converted into vitamin A, is a component of these foods as well. In addition, they may have high levels of vitamin C, and some contain omega-3 fatty acids,” says Kasik-Miller.

Since eyesight is dependent on the presence of vitamin A, Kasik-Miller notes that it is considered the “vision vitamin.” “Other [phyto]chemicals typically found in yellow/orange fruits and vegetables protect our eyes from cataracts and have anti-inflammatory properties. They also help with blood sugar regulation,” she adds.

Tsang notes that the beta-carotenes in some orange fruits and vegetables may also play a part in preventing cancer, particularly of the lung, esophagus, and stomach. “They may also reduce the risk of heart disease and improve immune function,” she says. 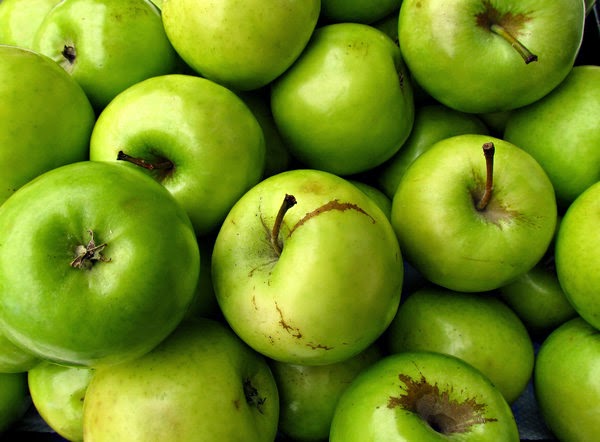 So the next time you are at the grocery store, look for the brightest and most colorful veggies to start adding into your diet! Not only do they have disease fighting benefits, they taste good too!! :)