Differences Between Type 1 and Type 2 Diabetes

As promised by the Fat To Fit Radio Show...

Differences Between Type 1 and Type 2 Diabetes 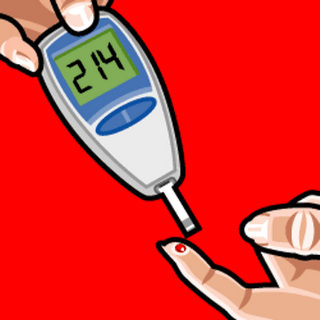 Type 1 diabetes (formerly called juvenile-onset or insulin-dependent diabetes), accounts for 5 to 10 out of 100 people who have diabetes. In type 1 diabetes, the body's immune system destroys the cells that release insulin, eventually eliminating insulin production from the body. Without insulin, cells cannot absorb sugar (glucose), which they need to produce energy.

How are these diseases different?

Type 2
The person may not have symptoms before diagnosis. Usually the disease is discovered in adulthood, but an increasing number of children are being diagnosed with the disease. There are no episodes of low blood sugar level, unless the person is taking insulin or certain diabetes medicines. It can be prevented or delayed with a healthy lifestyle, including maintaining a healthy weight, eating sensibly, and exercising regularly.
How are these diseases alike?

Both types of diabetes greatly increase a person's risk for a range of serious complications. Although monitoring and managing the disease can prevent complications, diabetes remains the leading cause of blindness and kidney failure. It also continues to be a critical risk factor for heart disease, stroke, and foot or leg amputations.