In middle and high school, Ross excelled as an outstanding tennis player.
Ross had a manager to help with the decision making of what to do next with her career. Ross was ranked #1 in Alabama and top 5 in the Southern division, she moved to Nick Bolletieri's Tennis Academy in Florida after her ninth grade year.


At 17, Ross turned pro at a tournament in Woodlands, Texas, before competing in a two-month circuit in Mexico.
Ross trained at Harvard the summer before she went back to school and lived in Cambridge for three months before accepting a scholarship to Union University in Jackson, TN. This was when the first signs of her illness began; she started having excruciating pain and loss of feeling in her wrist and developed what doctors thought to be carpal tunnel syndrome from countless hours on the tennis court. After three opinions, and the option to do surgery, Ross had bilateral surgery in both hands and after months of recovery and rehab, she transferred to the University of Mobile and was part of a team that competed for the NAIA national championship and won.
However, her wrists went out again and after two more surgeries, later doctors told her that her tennis days were over.

“I had no clue what I wanted to do in my life because tennis was all I knew," Ross said. "I was still getting my basics in school but I did not really have a major set."

She married her best friend, Jason Ross in 2000 and began working odd jobs. When she began experiencing stiff joints, she assumed it was from over-training in the gym. But it continued to get worse. 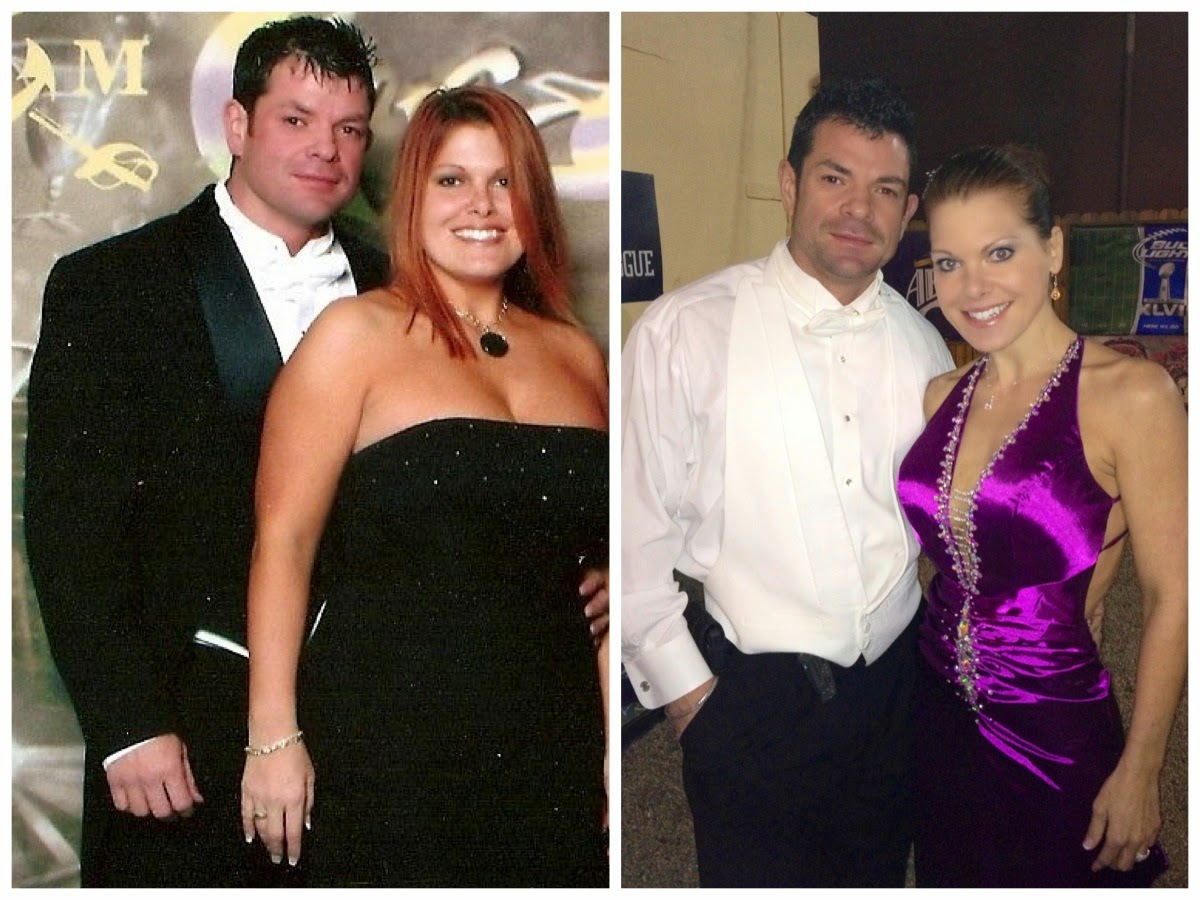 “The doctors were still not sure of what I had," she said. "There was a point where I was taking 26 pills at night and 24 pills in the morning, and that was not including the chemotherapy I was taking. When I found Dr. Thomas Myers, he was my Godsend, and diagnosed me with an inflammatory disease with overlapping symptoms of different autoimmune problems and treated me for rheumatoid arthritis and lupus."

She said Dr. Thomas Myers, a local rheumatologist, diagnosed her with an inflammatory disease and began treating her for rheumatoid arthritis and lupus, a chronic autoimmune disorder that can affect joints, major organs and tissues. She had to have a total hysterectomy at age 22 and a lumpectomy of her breast after a tumor was discovered. She also underwent surgery for a benign tumor in her spinal column.  With her health issues and family members also experiencing major health crises, her father had an amputation, her brother lost both legs and her mother had a heart attack- Ross became severely depressed and her weight increased to 226 pounds. She continued caring for her mother, who died of congestive heart failure. Her mother's battle with heart disease inspired Ross to return to school and start training again.

"I lost 30 pounds before teaching aerobics again in Jamaica, and my weight continued to drop, so I set a goal to get into the best shape of my life by my 30th birthday," she said. "I got down to 140 and felt great and I finally figured out that with good nutrition I did not have to work half as hard in the gym." Cindy motivates audiences from all age levels and genders by taking the discipline and determination she learned playing tennis at the Worlds' most prestigious tennis academy and then on to turning pro, facing illness at an early age, gaining over 100 lbs, coping with death, and then regaining control of her life, all of this by self-MOTIVATION!

Cindy is a highly recognized leader in the Fitness Industry and with her collegiate and professional tennis career, living with arthritis for 14 years, having over 22 surgeries, losing her mother to Scleroderma, a brother to Type I Diabetes, and through her own self-discovery, Cindy shows great fortitude and is ready to MOTIVATE and instill the principals necessary for you to change your life!

Cindy will leave you in amazement as she unfolds her story of illness, accomplishments, knowledge of health, fitness, and nutrition!


“I am blessed because I love what I do and I have a wonderful team of trainers that have the same vision, motivating one person at a time!" 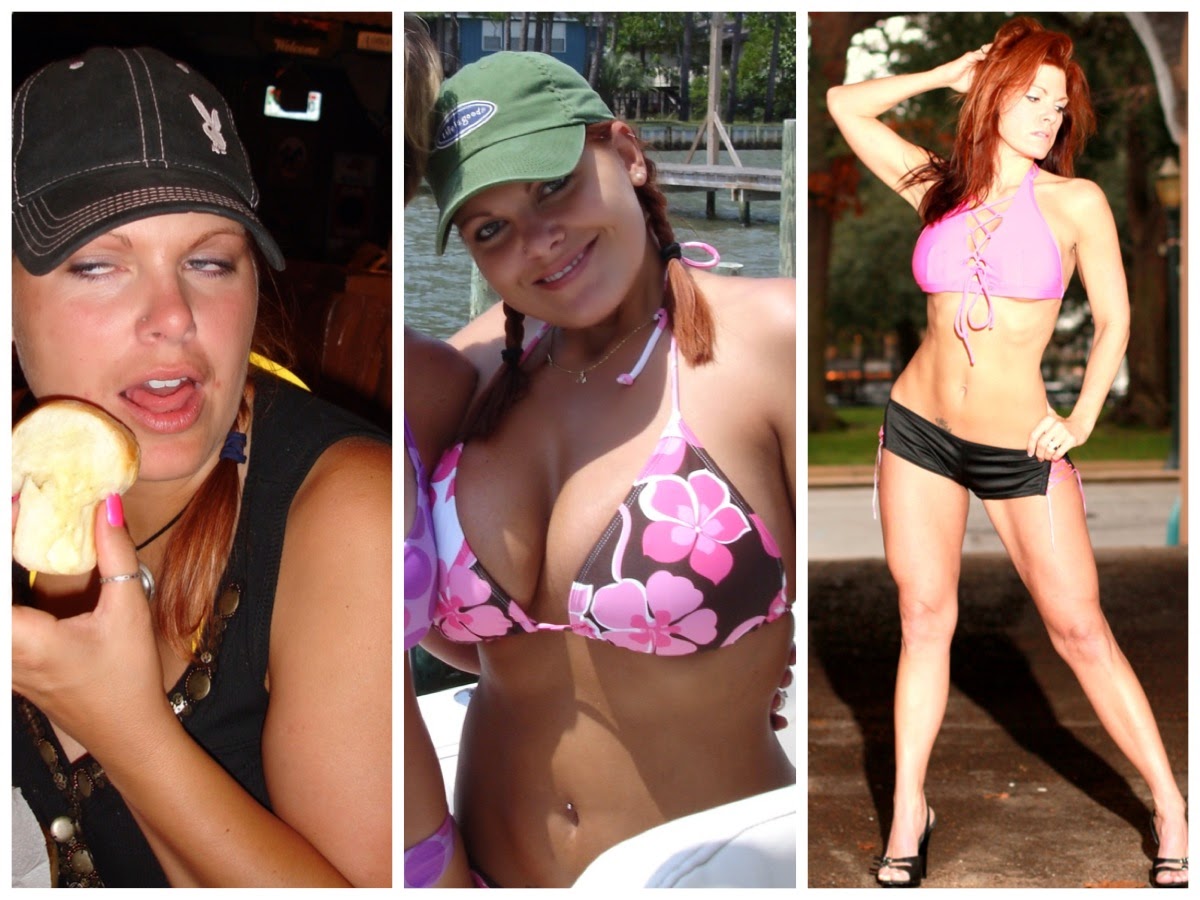 Don't miss out on Cindy's extraordinary story that will not only move you emotionally, it will make you want to jump up out of your seat and go accomplish that goal you have been struggling to meet! 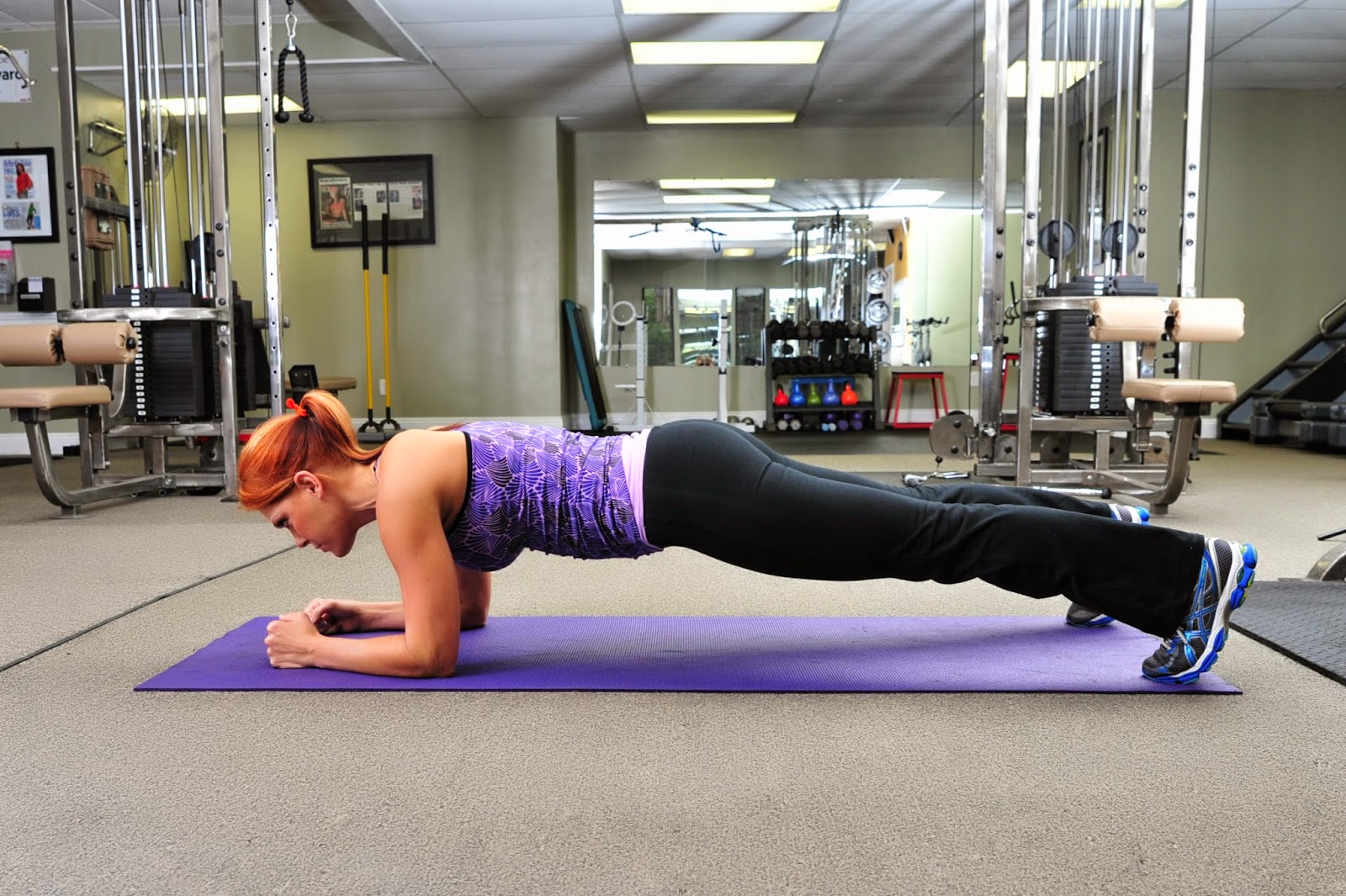 "I embrace the fact that I have rheumatoid arthritis and it makes me a stronger and a more determined person." Ross said "I always put a smile on my face and make the most of my life, and I live each day like it could be my last, I have made fitness and health my lifestyle and I receive great benefits from it. While completing school I started my own personal training business in 2008 and I began training again, growing my clientele base. "

Cindy graduated with a specialized degree in Exercise Science, with an emphasis in Cardiac/Pulmonary Rehab, and trained at the most prestigious tennis facility in the world, Nick Bollettieri's Tennis Academy, from the age of 13.

"I walked across that stage with diploma in hand in honor of my mom on the anniversary of her death and that was the greatest day of my life," she said. "Although after graduation, my father lost his leg to diabetes as well.”


Thinking that she was going into Exercise Physiology and was going to work in a cardiac/pulmonary rehab unit, Ross said she realized during her intern that she would rather be on the preventive side, rather than the aftermath of a sickness. So after graduation she continued to personal train and in 2009 Cindy decided to put together a program called Bodies By Cindy Boot Camp that included accountability, nutrition, multiple options with time, and this concept exploded.

After two short months of teaching boot camp, Cindy hired her first trainer. In April 2010 her husband, Jason Ross, joined her in the fitness industry. Cindy and Jason opened their own personal training studio in 2010 and they currently have 18 on staff.

Cindy and her team have held boot camps in multiple cities, train people all over the region and have hopes of reaching more and more people.


She also holds numerous certifications in fitness and nutrition, including a specialized certification in diabetes health. Cindy has been traveling the world for the past 14 years teaching fitness classes and spreading her passion about health and nutrition with a company called Fitness Pro Travel.

Cindy is teaching Yoga on the beach in Dominican Republic 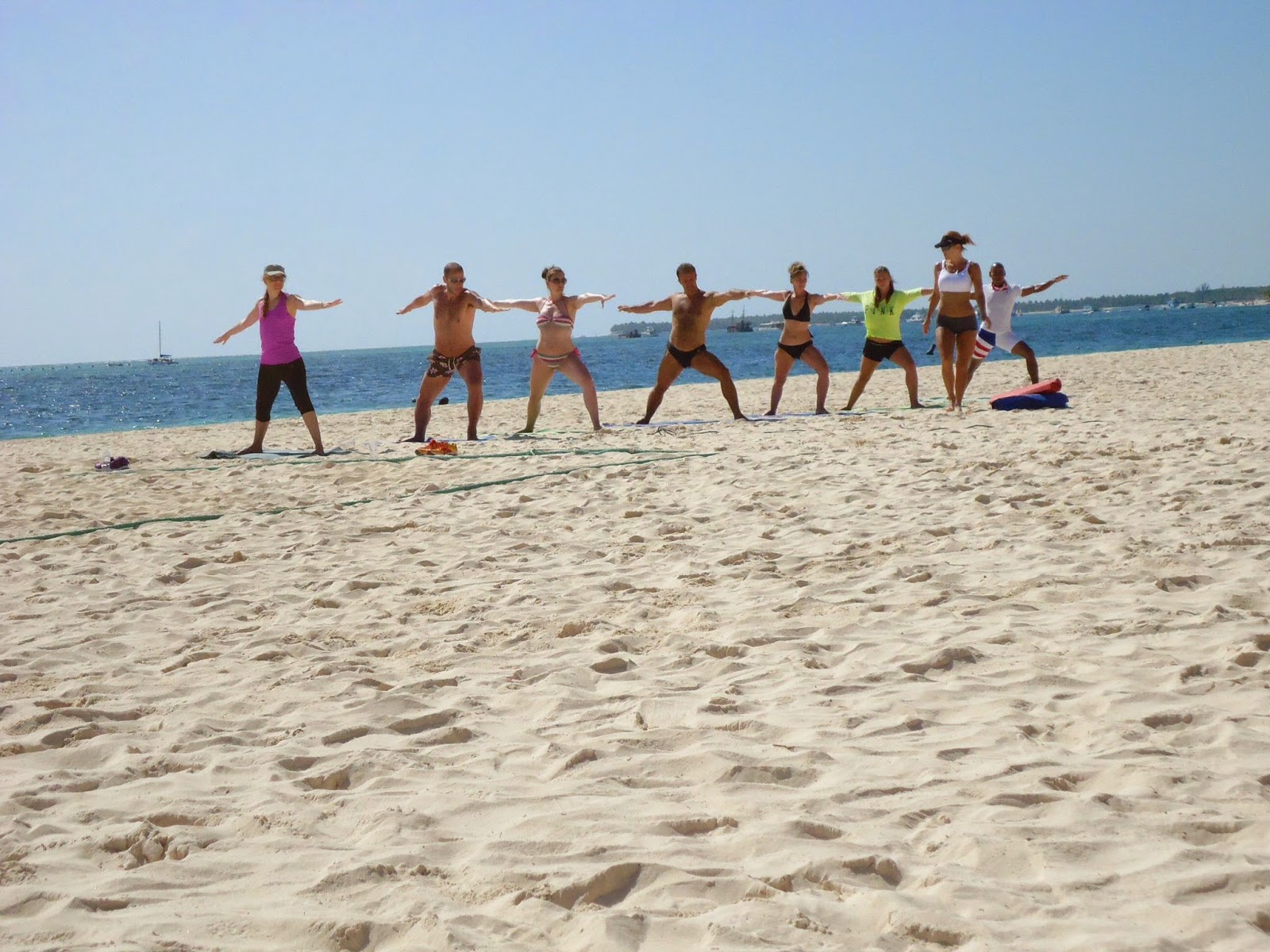 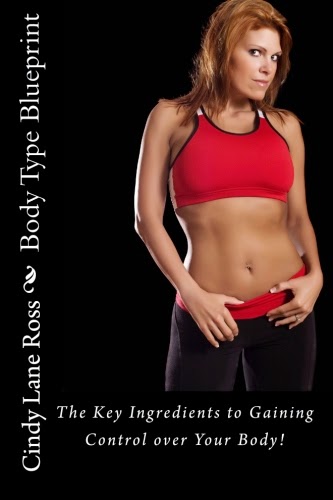 Cindy is the author of the book, Body Type Blueprint, which is available to buy on Amazon. 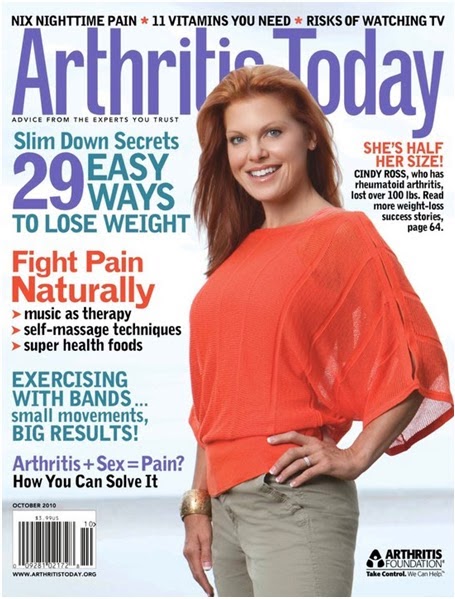 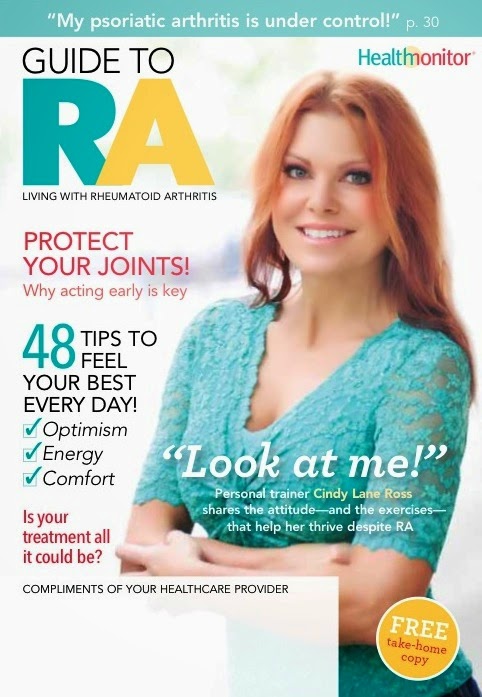 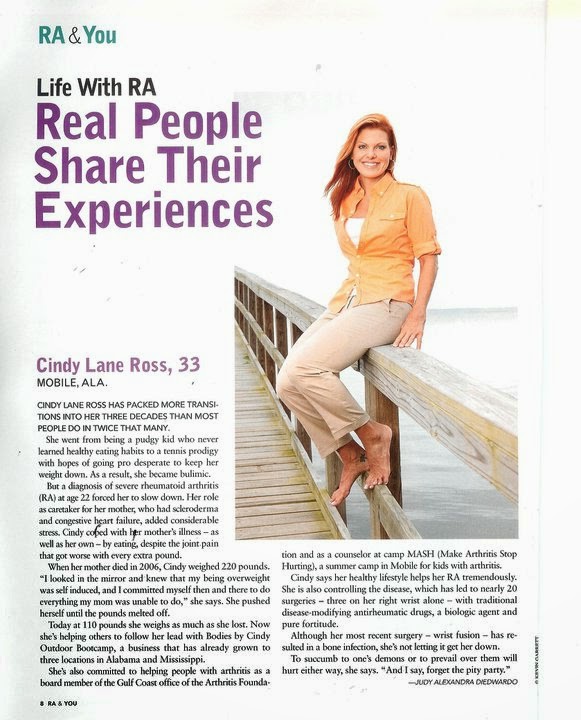 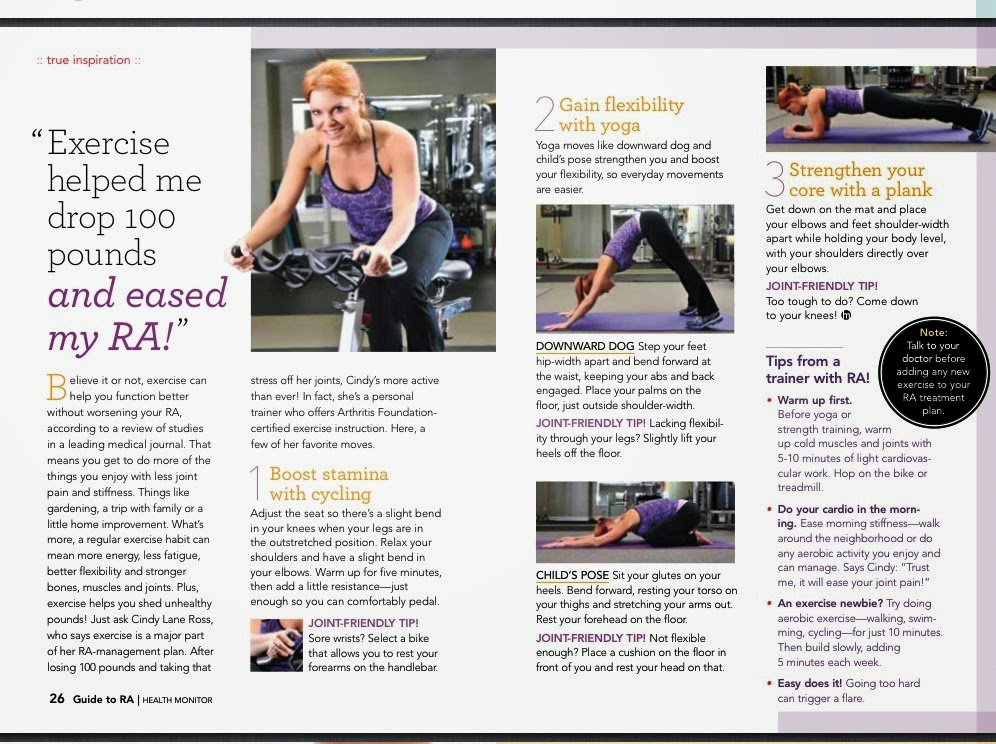 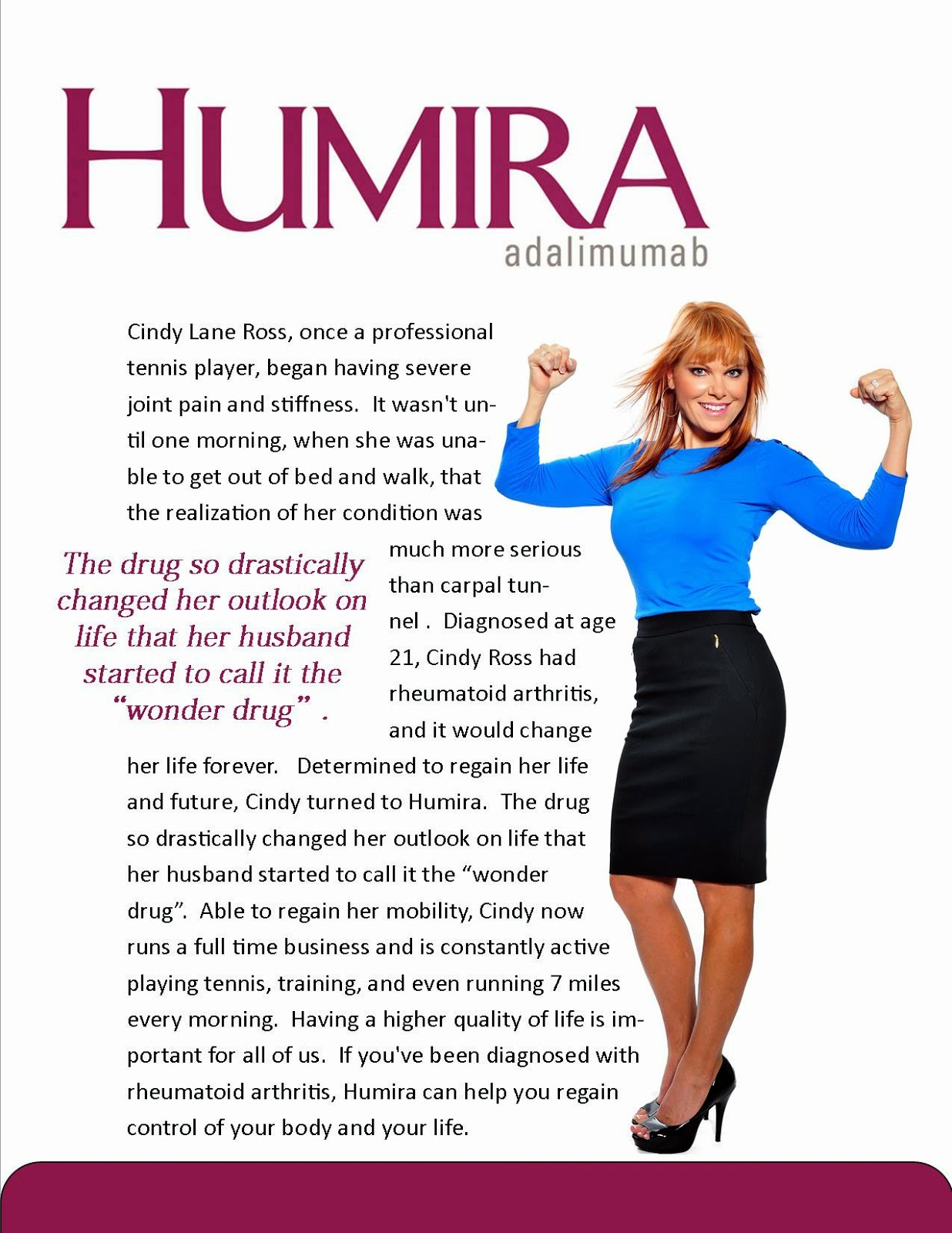 Cindy was also featured on the cover of three National magazine Arthritis Today, RA and You, and Health Monitor, featured as Teen's Magazine Sport's Girl of the Year, and appeared in numerous articles, has made many TV appearances including her TV segments on Channel 15 WPMI- Local 15 news called Healthy Cooking & Workout Wednesdays with Bodies By Cindy.

Also Cindy has a radio show on News Talk Radio called the Bodies By Cindy Show.


Bodies By Cindy is not her only company, she also launched a fitness apparel line called Fit Plus Wear, functional fitness clothing with a plus! 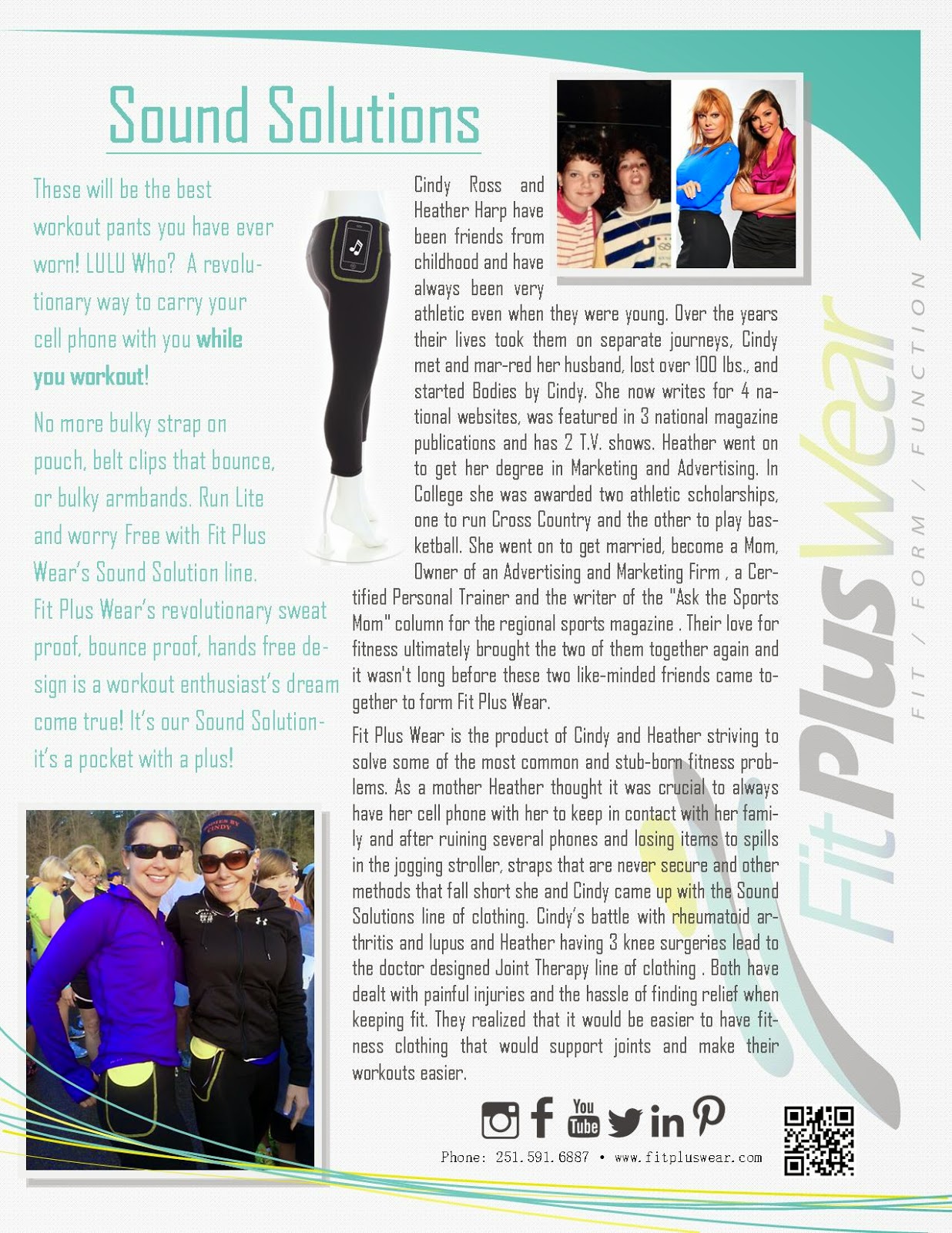 Due to Cindy's own medical needs, living with Rheumatoid Arthritis, she also felt a need to help people with joint issues. Cindy created a medical clothing line called Medical Fitness Solutions. The first line that she produced is called Joint Therapy. Cindy says, "For so many years I sat on the sidelines and let life pass me by because my joints hurt." This line of clothing allows people to have support on their joints while being active.

Cindy Lane Ross is also a board member on Arthritis Foundation, Diabetes Foundation, a member of the Obesity Action Coalition, Mobile Area Chamber of Commerce, recognized in Biltmore's Who's Who among business owners, member of One Mobile, and  facilitator & President for One Mobile’s Health plan called One Fit Mobile with Mayor Sandy Stimpson.

Cindy's plan is to help Mobile raise their statistics in not being one of the unhealthiest cities in the United States. This mission is to empower the citizens of Mobile to take charge of their health through physical fitness and education and change their overall lifestyle. www.onefitmobile.com

Cindy successfully runs many business now, most focused on health and nutrition, her focus is now being a Life Coach! Fat to Fit with Cindy Lane Ross is a whole new brand she has created and it involves training you no matter where you live in the world. This line she is taking world wide and includes, Fat to Fit Jumpstart, Fat to Fit Better Body, and Fat to Fit Forever. 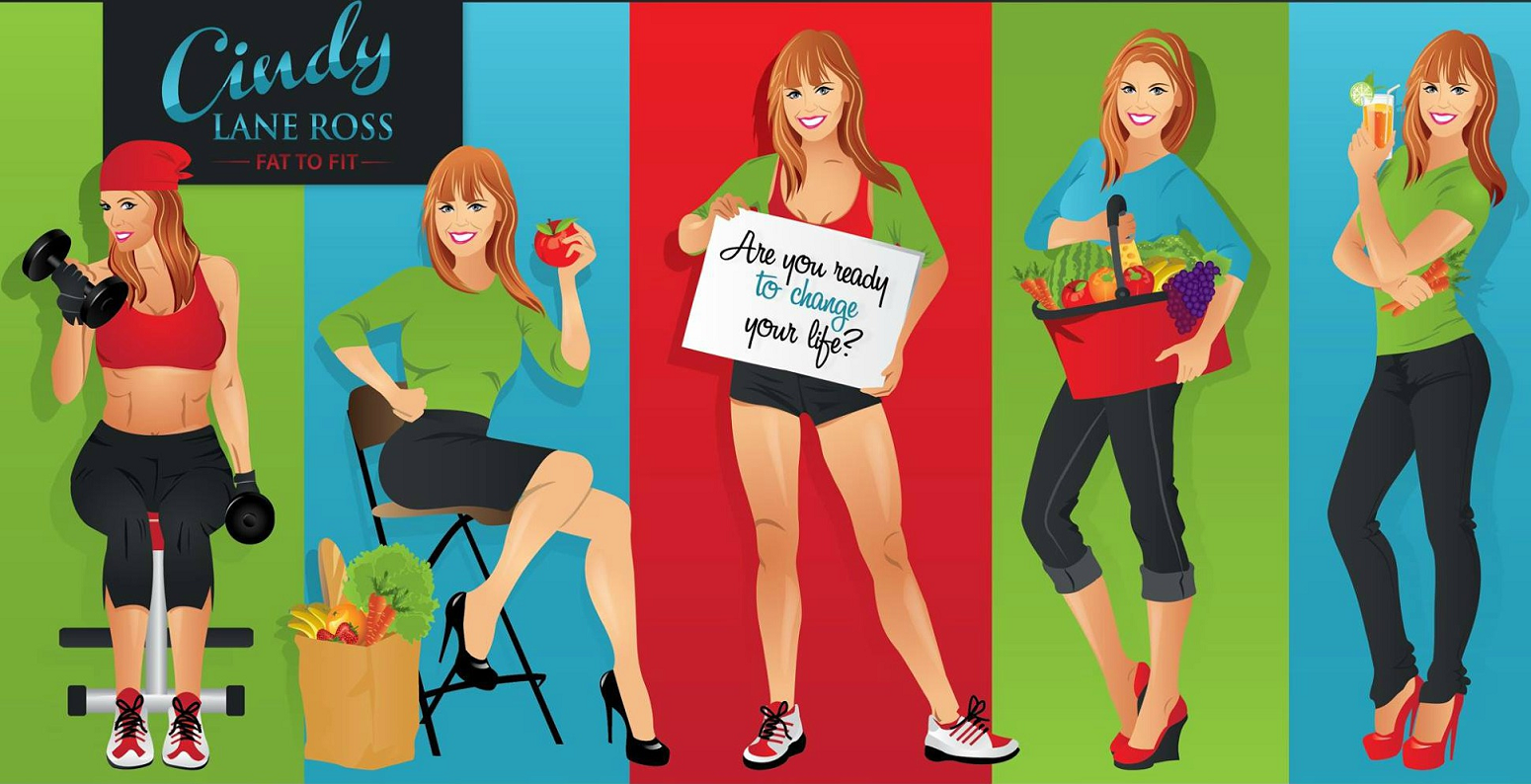 All of her programs can be done in the convenience of your home with little or no cost on gym equipment. Also, Cindy has finished her 2nd book which will be available late Summer 2014 called the Fat to Fit Cookbook and will have lots of nutrition information as well as all the delicious recipes she has made on her TV segments. Cindy's latest TV segments are called Fat to Fit Cooking & Fat to Fit Workouts. 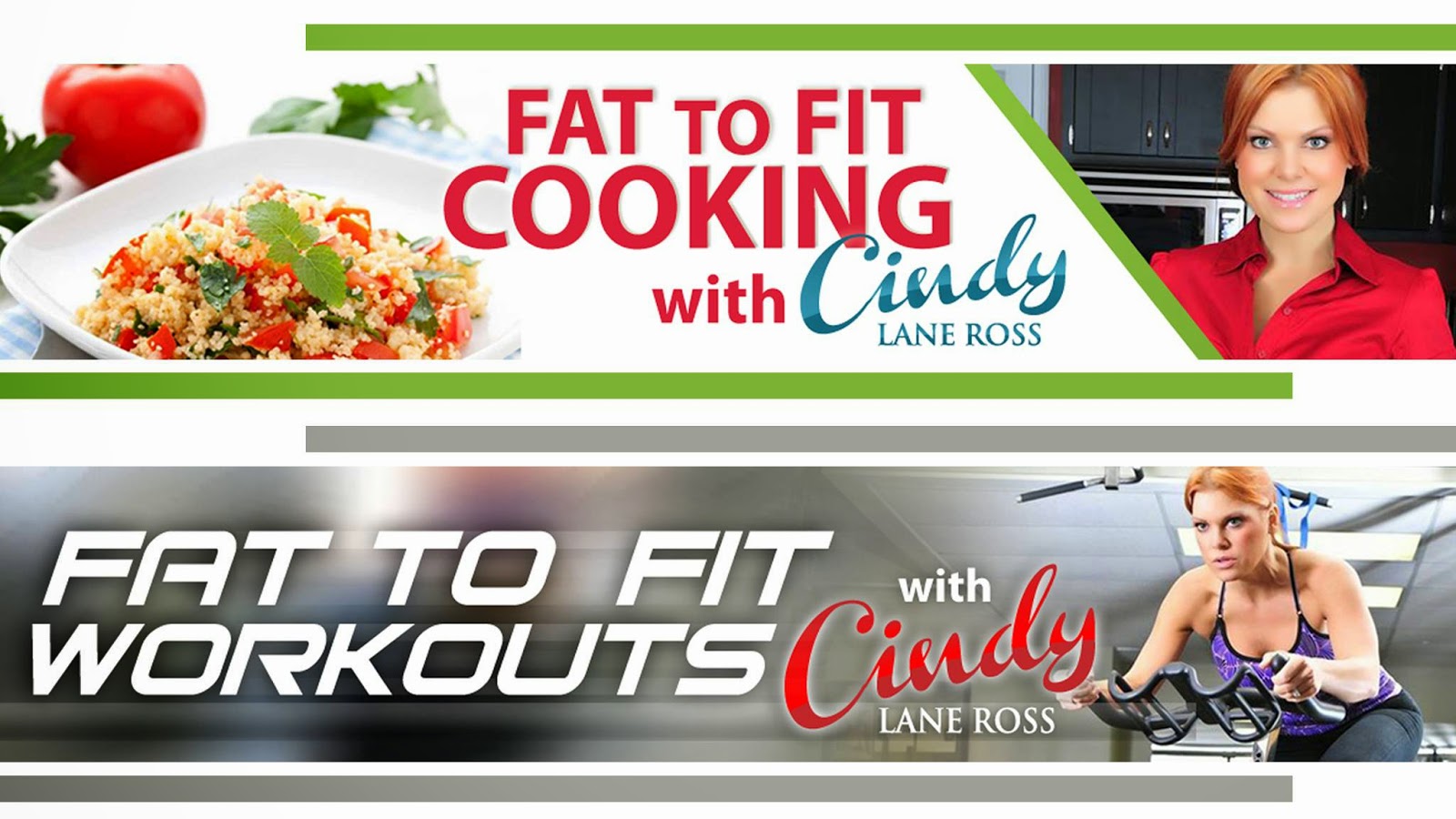 Cindy and her husband Jason Ross have since sold their Bodies By Cindy facility. They have relocated to Orange Beach, Alabama where they now run their other businesses Socialize Your Bizness, Stash Your Bag Travel Agency, and Island Time Getaways.

Over the past two years, Cindy's focus has started going more globally to help people all over the world and this is the reason for her big push on her new brand called Fat to Fit with Cindy Lane Ross. In her past national interviews, she states,

" I have a power bigger than myself that motivates me to help people achieve a better quality of life!" She says, "What is it all worth if we don't feel good? We need to feel good and have enough energy to to do the things we want to do for all the days of our life."

One last thing most people don't know about Cindy, she is a computer geek :)
She says,


"My computers are like my kids and won't let her husband touch them."

Cindy grew her businesses on a shoestring budget, through social media and learning to market herself.
Through the discovery of what she loved to do in her past time, building websites and Facebook, she started a company called Socialize Your Bizness.

“Like every one of my fitness clients, every business has a story; especially small businesses,” Ross said. “Social media, website design, and email marketing is a way to share that story in a way that will attract new prospects or followers while also encouraging clients to take action.” 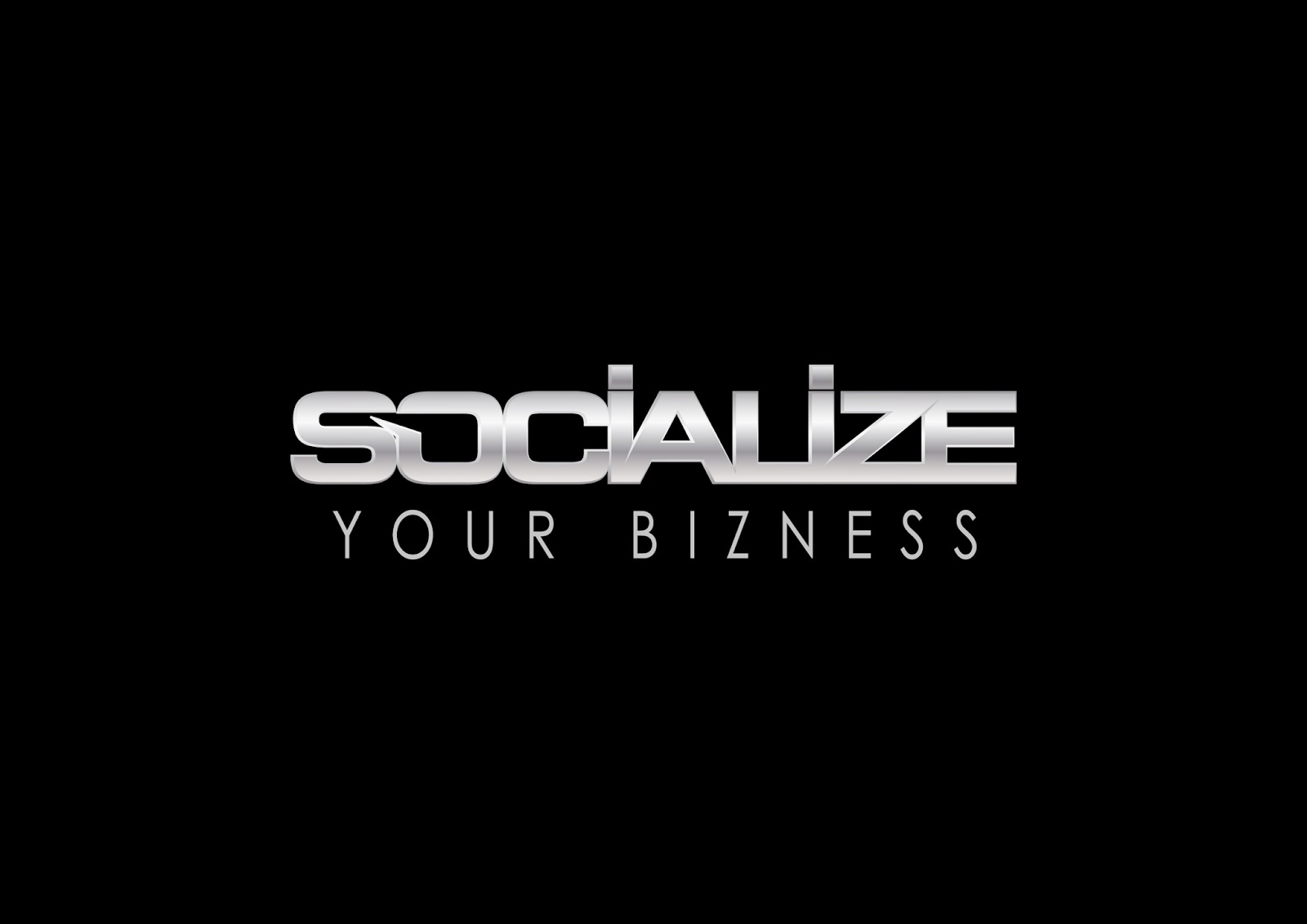 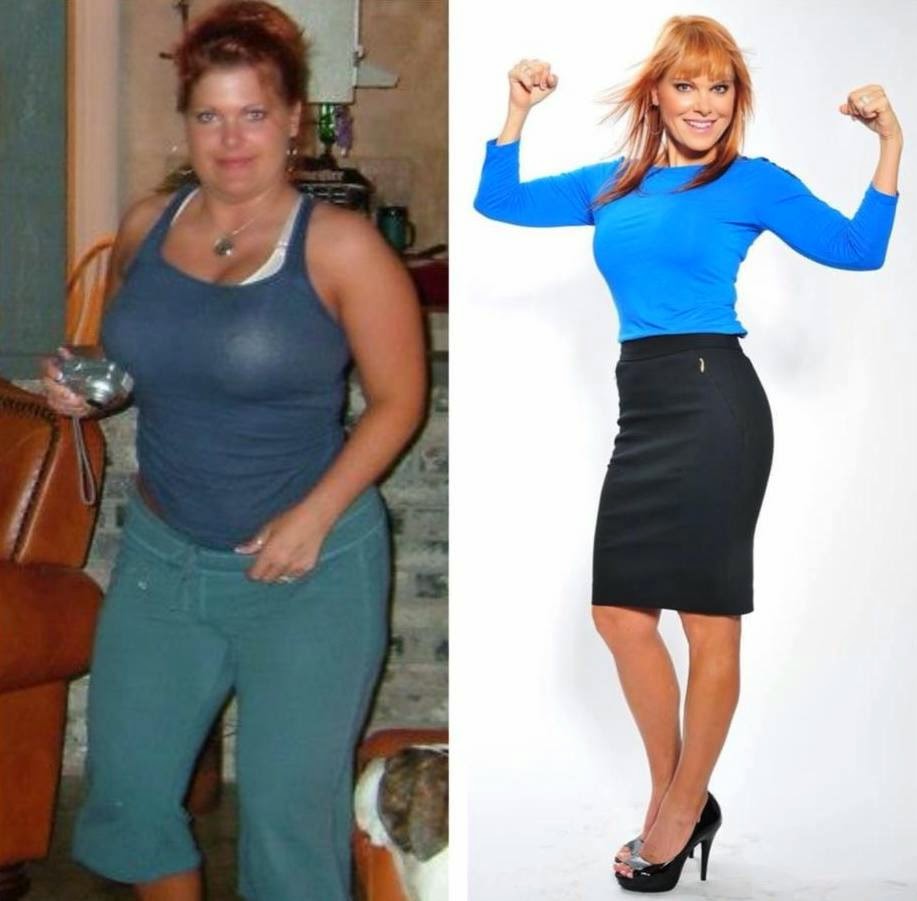 Cindy's favorite quote is "Live each day like it's your Last" and she definitely does just that! 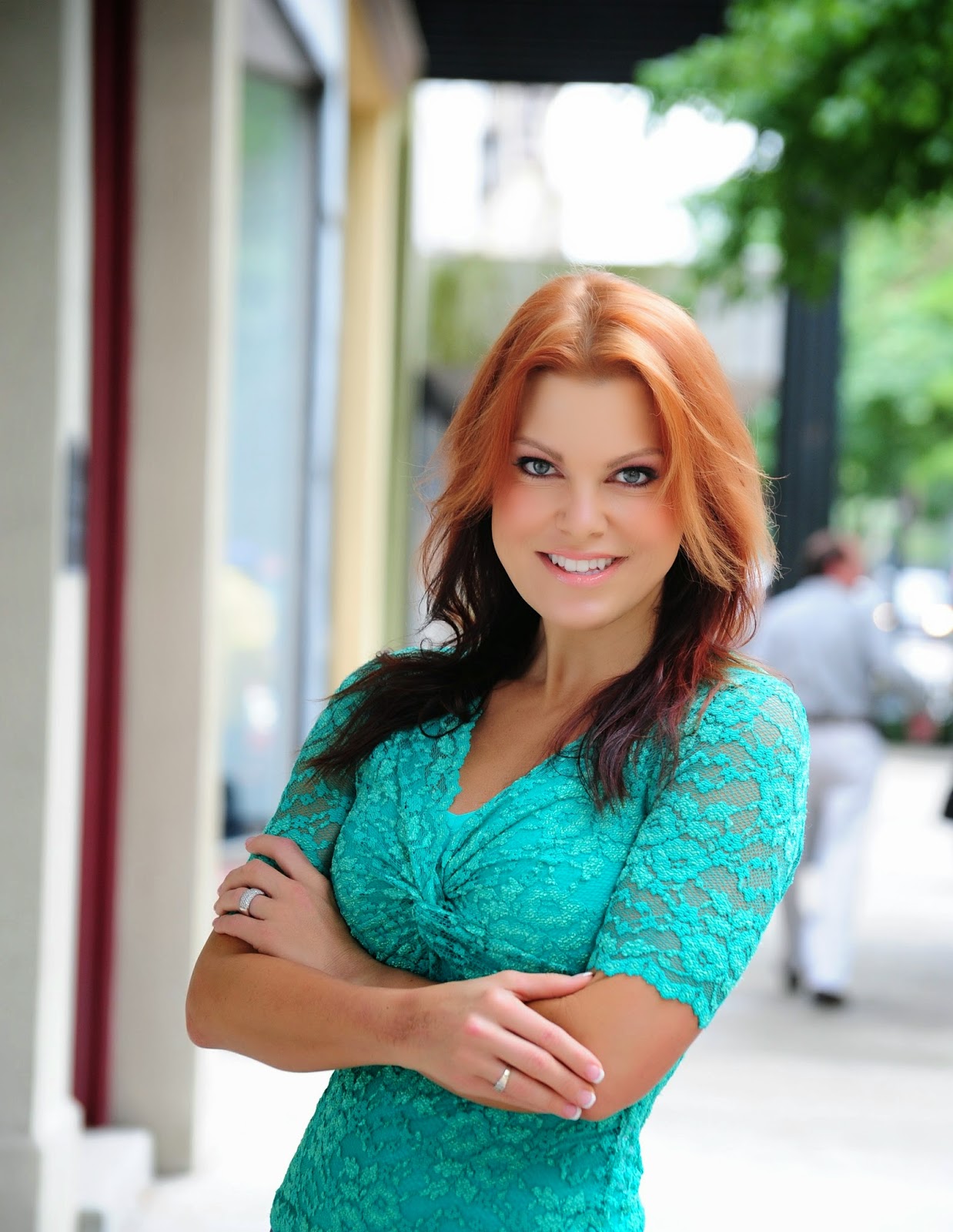